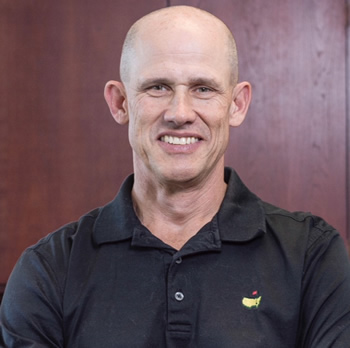 Paul Geithner is the Deputy Project Manager - Technical for the James Webb Space Telescope at NASA's Goddard Space Flight Center in Greenbelt, Maryland. Geithner's career at NASA began in 1991 when he was hired into the Hubble Space Telescope (HST) Flight Systems and Servicing project at Goddard. He worked on HST's replacement gyroscopes and was the Instrument Manager for the Corrective Optics Space Telescope Axial Replacement (COSTAR) optical correction instrument and the Near-Infrared Camera and Multi-Object Spectrometer (NICMOS) scientific instrument.

Geithner's involvement with Webb began in 1997 after the second HST servicing mission when he became the program's Mission Systems Engineer. He later served as the Webb Instrument Systems Manager and in 2002 went to NASA Headquarters in Washington, D.C. as the mission's Program Executive before returning to Goddard in November of 2006 as the Webb Observatory Manager. He became Deputy Project Manager - Technical in 2011.

Geithner's other professional work experience includes military service and private sector employment in consumer credit and in fiber optic communications. He has been keenly interested in science, engineering and space exploration throughout his life and he is an enthusiastic participant in public outreach.

Geithner has a B.S. in Electrical Engineering from Virginia Tech (1984) and an M.B.A. from the University of Virginia (1991). He likes building things and enjoys surfing, golfing and other outdoor activities.